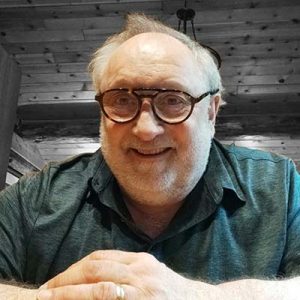 John has been with the Cedars team since 2010. He has been an empathetic ear for men to talk with during overnight hours. John began his studies at University of Victoria in 1974. He has worked with bioenergetic and gestalt therapies and applied himself within Personal growth workshops. John is an ordained New Age minister. Although not active in the church, John believes his mission is to help men who still suffer with addiction.

John has also studied visual art producing many works in two, three dimensional as well as video. He is looking forward to returning to art when the day comes to retire, (if his two springer spaniels allow him to).